Call yourself a Business Owner?

Use this Offer Creation Challenge and get your next winning offer! Without wasting time creating a product no-one wants to buy.

Over 1900+ Business owners are currently getting better cashflow in their company using The SMART Blueprint offer creation strategies… Do you want to join them too?

It’s time to say goodbye to your low profit margins

Then you are exactly the kind of person I KNOW I can help.

So keep reading as I’m about to show you…

How to get an offer that ABSOLUTELY CRUSHES! within 24 hours! Without expensive development costs or We’ll pay you $50!

In 2021 in CB insights ran an experiment to identify what causes businesses in the US to collapse and fail. 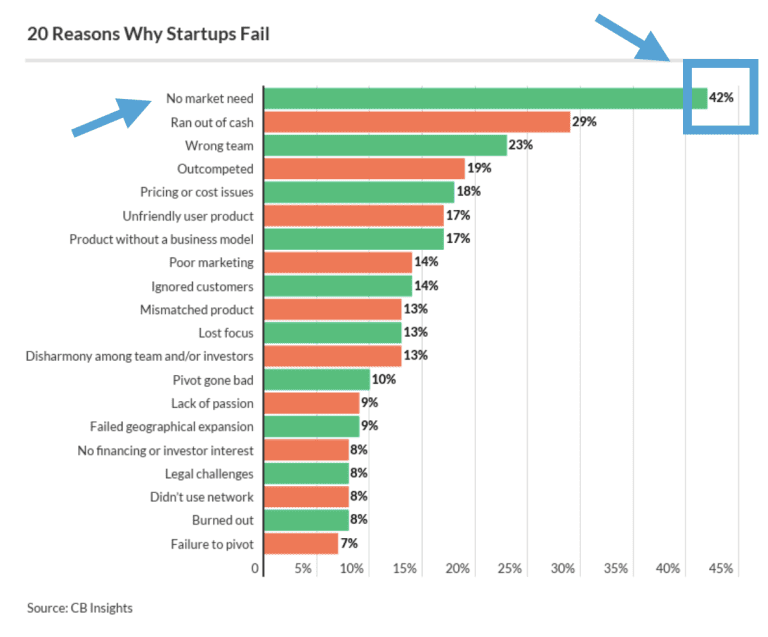 This Study was the missing piece that lead to me helping over 1900 business owners getting growing their companies using the Offer Creation Strategies inside the SMART Blueprint and me becoming regarded as the go to guy for offer creation and business strategy for those in the know.

My name is Adam Lyons but I wasn’t always an award winning Founder, Investor, Author, and business strategist.… 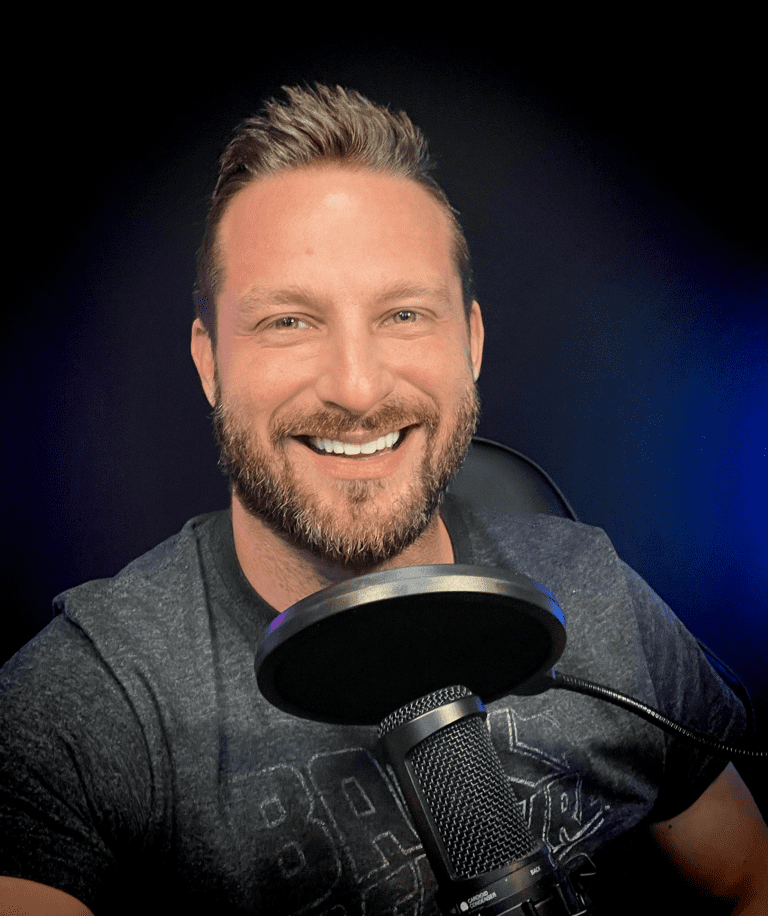 Back in 2012 I was a struggling entrepreneur who never believed that earning 7 figures or more in a single year was even possible for a small business owner like me.

But despite 6 years of hard work…

…. I was still struggling to get by on 6 figures a year.

And by the time I’d paid my staff, my office costs, my software fees, and all the money I paid to “Mentors” to help me grow…

… I was barely able to make my mortgage payments.

But despite the struggle.

I was hopeful and keeping a happy face…

… while behind the scenes…

…I was burning out. 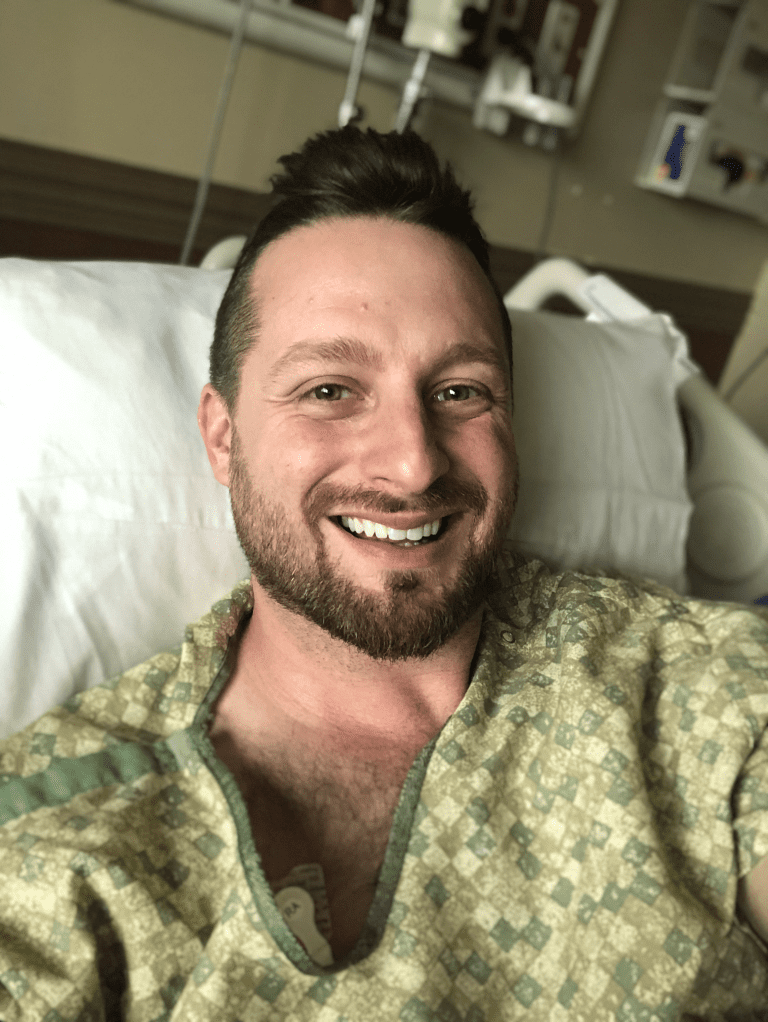 …Yet I was still putting on that same brave face… even though I had lost the ability to speak.

You see I was DETERMINED to find out exactly what the MISSING factor was that made a company SO Successful it could make 7 figures a year EASILY!

I was beginning to feel like I should just give up and find a reliable job that paid more than I was paying myself, when I found the study above and realized the reason almost 50% of companies fail, is because they have developed products and offers no-one really wants.

I was guilty of this same issue.

EVERY SINGLE product I had ever made or developed…

… came from my own idea of what people wanted.

I NEVER did any market research!

The missing piece was something MAJOR corporations have known for years.

This inspired me to try one last time.

I didn’t expect it to work, but the first time I tried it I got a MASSIVE Shock! I made over $127K in a single day!

This inspired me to keep trying, and it wasn’t long before I started to gain consistent 6 figure days every single time we followed the offer creation system we had begun to develop.

Even if we did it multiple times in a single month!

I couldn’t believe it! I had a new motivation, I needed to see just how real this was.

It was working for me, but would it work for others?

I reached out to a few friends and tested it on them… but it had mixed results.

Sure, some of them got their highest monthly earnings they had ever had.

But being honest… some just saw no results at all.

I spent the next 12 months, making a commitment to test different ways to implement market research to identify the BEST way to create an offer that has customers HUNGRY to buy it.

I continually modified the techniques by adding a few elements I found from other experts and my own observations.

It wasn’t long before I could get others the kind of results I was seeing for myself consistently!

It was clear I had a system that I felt confident would work for almost anyone. I decided to call it The SMART Blueprint OFFER Creation Formula

It works because you’re conducting REAL Market Research on your OWN customers which gets you an offer your customers are HUNGRY to buy more consistently than anything else I’ve ever seen.

Then to take it a step further… 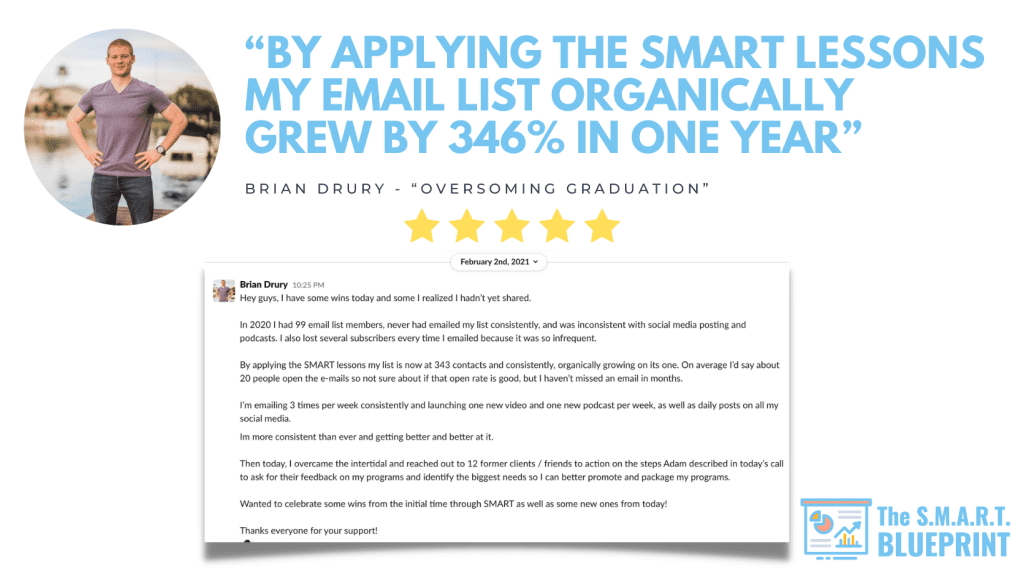 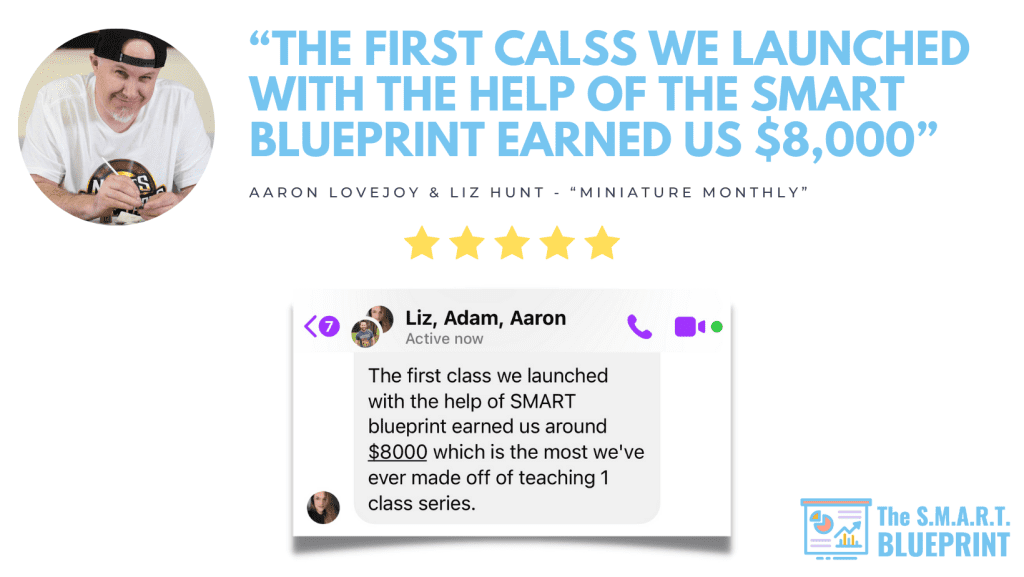 When you use The Offer Creation Formula you get...

Finally! A Better Way to develop new products for your company without wasting time and money developing offers that disappoint your bank balance!

Here’s Everything You Get With the Offer Creation Challenge on March 5th at 11 am CST.

However I want to make this a no brainer for you, so if you’re ready to get started today I’ll also give you the following amazing bonuses worth $997

Plus it comes with a 60 day Money Back Guarantee! Making a decision to level up can be stressful. After all change is always somewhat scary….

…so let me make it easy for you, I want to give you something that is even better than a guarantee.

I’m going to do my best to reverse ALL risk.

If you take the effort to grab this program I’ll give you my “Risk Reverse” guarantee.

If you feel the program didn’t live up to your expectations… I’ll give you your money back, and you can keep the program.

It feels like this is the best way to help you feel comfortable taking the leap to let me help you.

As far as I can see this takes the risk off you, and puts the risk on me, as I have to trust that you’re going to be honest with me.

Having said this… I KNOW my program is amazing, and has helped countless people before.

So I’m sure it’ll work for you too, and I’m trusting that you’re honest enough that if it works, you’ll be so happy with the results you will be glad you grabbed your copy!

This guarantee is good for 60 days! So you have plenty of time to put the program into use and see the amazing results for yourself.

Here’s Your Chance to Get The Offer Creation Challenge and Save 99% off the prices listed above!!!

… and I want to PROVE how good they work.

And I get that to do that… I need as many companies as possible to use them.

That’s where you come in.

… and if you like the results we get you…

… give me a testimonial telling me how epic it is.

As this is a one time offer and the Bonuses and Discounts are only available for as long as this page is live.

So if you join the Offer Creation Challenge today, you will get the entire workshop for just $97!!!

Get the Offer Creation Workshop NOW! 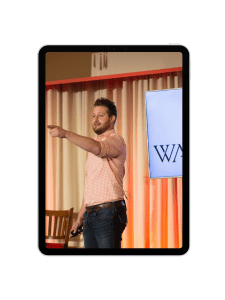 YES! GIVE ME THE Offer Creation Workshop NOW 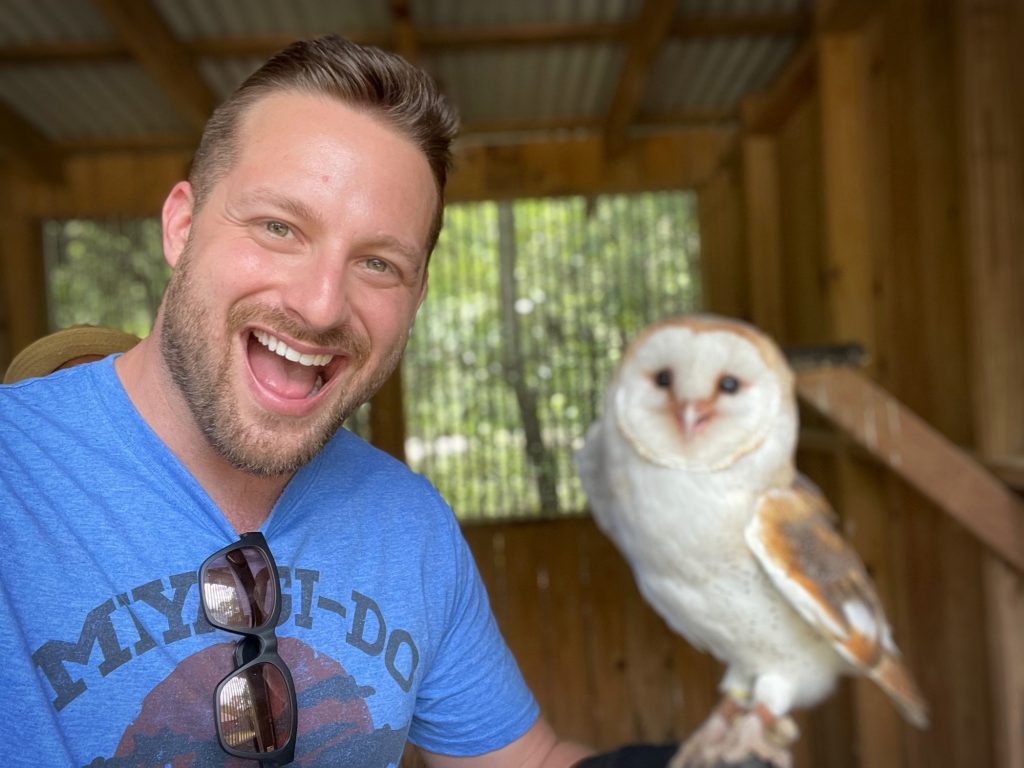 I give Business Owners my standard operating procedures and systems for marketing, time management, organization and strategy to overcome blocks in the company and move the financial needle in the right direction.

From Main Street to E-commerce, Adam Lyons has saved and scaled over 1800+ small businesses since launching The Smart Blue Print in 2020. How? Well, his magic ingredient isn’t actually magic at all, The Smart Blue Print is a 5-step surefire process for business owners — many of whom came to Lyons during the rough times of 2020, (like the Dungeons and Dragons Hobby Shop in Bastrop, Texas, which grew by 36,000% in the middle of the pandemic!)

Beyond his own portfolio of growing companies, Lyons is an advisor for over 500 brands across the US and Canada. Lyons has been featured on the Today Show, The Steve Harvey Show, Forbes, and the NY Post. He has been awarded 2 different ‘Wicked Smaht’ Awards due to his innovative business strategies and multiple 2 comma club awards. Companies he has worked with include PepsiCo, Nike, Nescafé, Discovery Digital Networks and many smaller brands.

Lyons created and developed his outside-the-box business system out of poverty and frustration. As an English immigrant, who started as a janitor– quickly becoming an accidental serial entrepreneur. Sixteen years later, the business maven and father of five lives with his family outside of Austin, Texas. 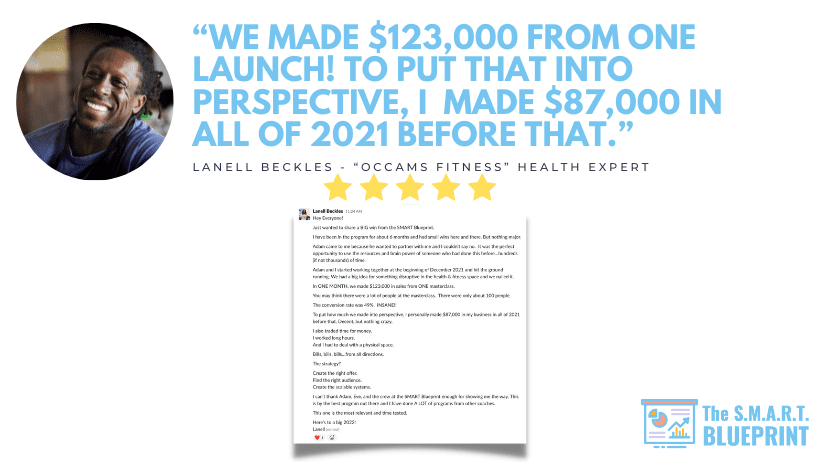 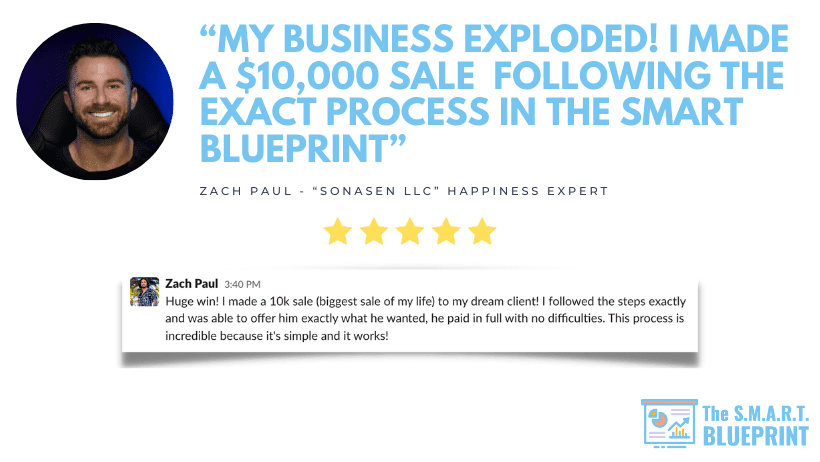 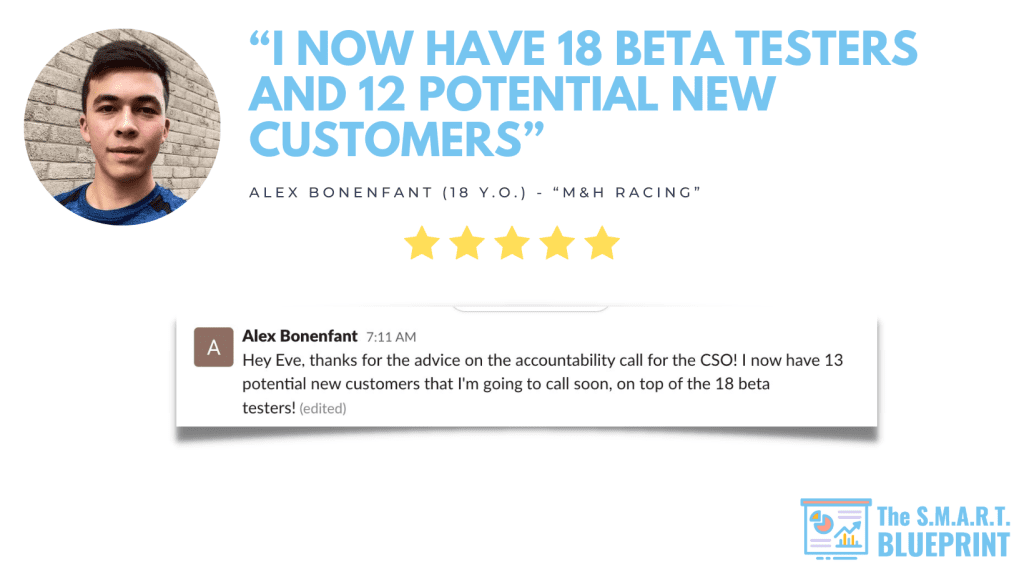 Do I need a business to do this?:

You don’t! In fact if you’re considering starting a business i’d STRONGLY suggest you do this first! You will have done more market research than over 500,000 US companies per year! (This is the number of US companies that fail every year, largely due to a lack of Market Research!)

Is my business too big to do this?:

NO! If you make over $10,000,000 a year in revenue this will be the FASTEST way to add an extra 7 or 8 figures to your bottom line at the end of the year! There is NOTHING you can do this year that will be as high of a return for $97, I guarantee it.

I don’t think I have the time to attend this:

if you earned an extra 10% this year… would that be worth 1 day of your time? 1 single day out of 365… My company doesn’t just increase by 10% a year… one of my retail brands grew 100% in a year due to the method I’m sharing in this workshop.

Why is this so cheap?:

My entire secret weapon in business is that I build systems and test the absolute … poop… out of them to ensure they create predictable results. Then I buy companies and implement these systems to grow them. I’m looking for as much testing on these systems as possible to ensure they are as robust as possible and continue to crush. Having other companies use them and share their results with me helps me make them better and better.

Can I get a recording?:

For anyone who attends you will be given a recording of the workshop. However the real value is attending live and having us help you dissect the results of the Market Research. If you just sign up and watch the recordings you’ll be missing a key component of the benefit of this workshop.

A personal Message from Adam Lyons

If you don’t do this today, your company trajectory won’t change… you’ll still have the same sticking points and blocks that keep you leaving money on the table.

You will still suffer from the same cash flow issues and be frustrated by the fact that your company isn’t growing as fast as you want.

There are two versions of you ahead, who both lead different lives depending on the choices you make.

One version of you clicks off this page, chooses to stay the same and continues to suffer from the same problems you’ve been having up until now…

Which version of you do you want to be? 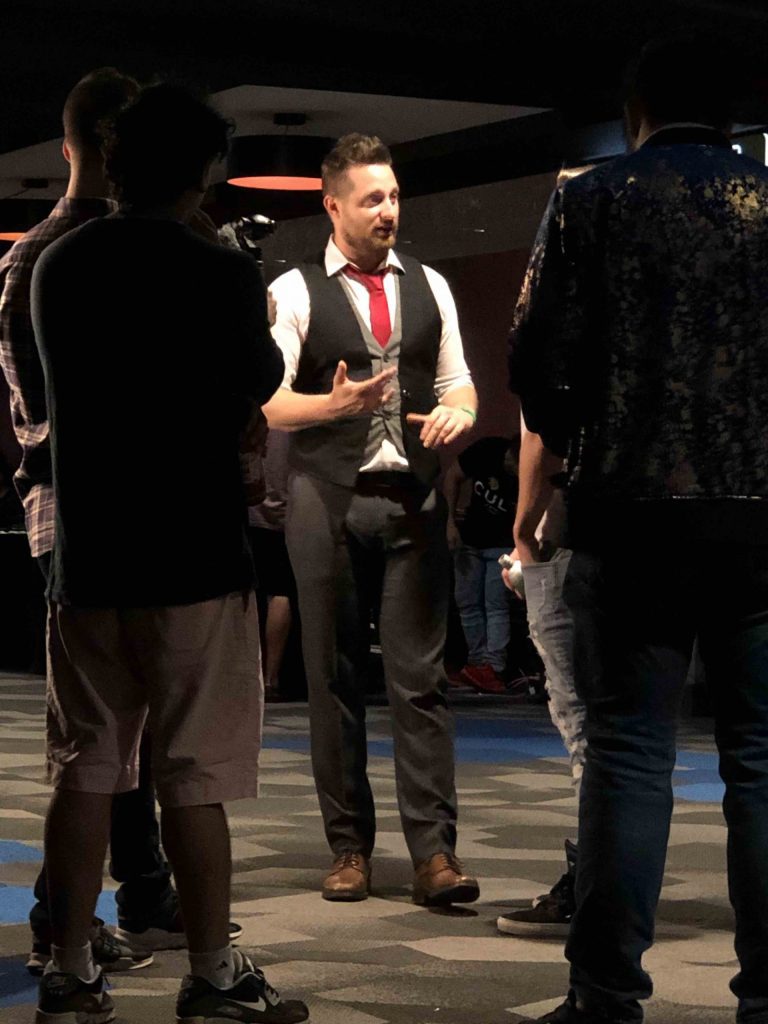 Get the Offer Creation Workshop NOW!

YES! GIVE ME THE Offer Creation Workshop NOW

Will You Be Our Next Success Story? 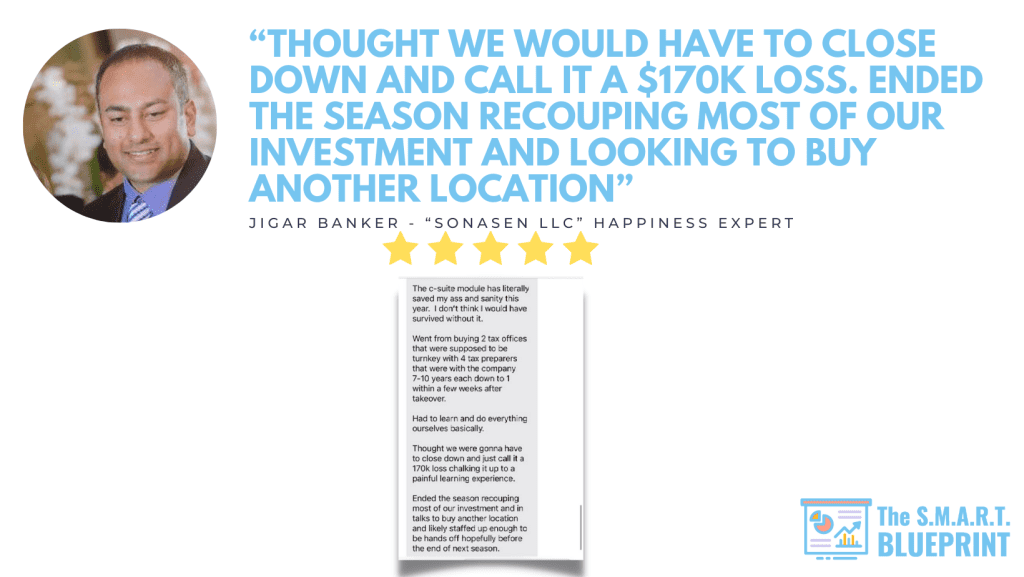 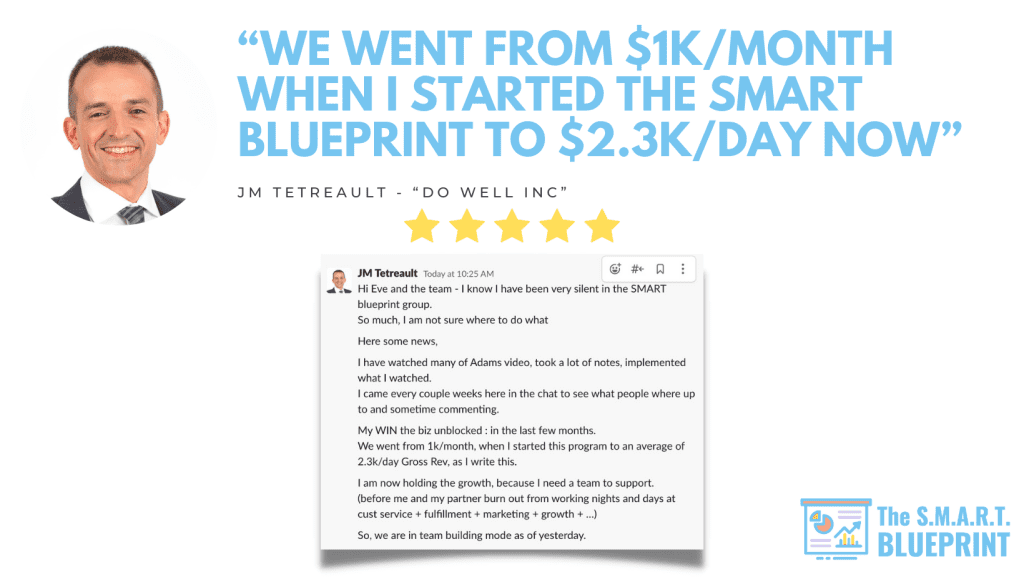